The first provision on altering the Drinking Water Ordinance (Amended TrinkwV 2011), from 3 May 2011 came into force on 1 November 2011. As well as changes to definitions, the most important reform that needs to be emphasised must surely be the stipulation of a technical measure value for legionella. 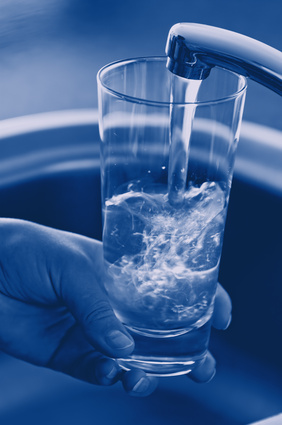 This measure value will lead to a significantly higher need for inspections. Furthermore, operators of large facilities for heating drinking water are now obliged to actively report them to the relevant health authority. In respect of the chemical requirements, there are changes or adjustments to threshold limits for certain parameters. For example, uranium is now included for the first time.

As our client in the drinking water sector, you may well be affected by these changes. We would therefore like to inform you of the most imporant changes (see also Customer information sheets in the download area):

In the first instance, the formulation ‘water for human consumption’ is no longer used. The previous term ‘drinking water’ returns. What’s more, it makes clear that the ordinance does not just apply to water-carrying apparatus that is connected to the drinking water installation, but also to swimming and bathing pool water.

Similarly, there is a clearer separation between the ordinance on drinking water and food legislation. The previous section 10 of TrinkwV 2001 (‘Special deviations for water for food processing facilities’) has been totally removed. According to section 18 of TrinkwV 2011, there is the further provision that responsible authorities can permit exceptions if the end product’s fitness for consumption will not be affected by the quality of the water. Additionally, water supply systems have been reclassified. They are now split according to new delivery volume thresholds.

The term ‘public’ should now be understood as being ‘public activity’, where the provision of drinking water is for an undefined, changing group of people not bound by personal relations. The term ‘house installation’ also now becomes ‘drinking water installation’. For all values set out in the TrinkwV 2011 and which must be observed, the uncertainty of measuring the analysis and sampling procedures has already been taken into account (section 3, paragraph 2 TrinkwV).

Section 5 also introduces a minimising obligation in relation to the microbiological requirements of drinking water:
‘Concentrations of microorganisms that pollute drinking water or which could have a negative effect on its quality must be kept as low as is possible in accordance with generally recognised technological standards, with reasonable effort and under consideration of the circumstances of the individual case’. In accordance with the regulations in the EU Drinking Water Directive, the ‘coliform bacteria’ parameter is now allocated to indicator parameters for system type 3.

Up until now, the TrinkwV specified that in drinking water installations with central heating installations and out of which water was supplied for the public, tests for legionella must be carried out. Previously, the details given in DVGW working sheet W 551 had to be used when analysing a legionella contamination. The amended TrinkwV now includes a technical measure value for legionella. This is 100CFUs/100ml. Drinking water installations that meet generally recognised technical standards usually maintain this value. If, however, this value is reached or exceeded, this is generally a reliable indication that there are avoidable technical faults in either the drinking water installation or how it is operated. These must be dealt with by an investigation/risk analysis. This reflects the classification of the parameter in appendix 3 of the indicator parameters. In this context, it makes clear that, as a rule, tests for legionella must be carried out at least once a year. However, the health authority can determine divergent test intervals for certain systems. Section 14 defines the drinking water installations in which showers or other equipment that leads to the drinking water becoming misty must be tested, and also how representative sample points can be determined and sampling carried out. Another new requirement is that operators of ‘Large systems for drinking water heating’ must actively notify the health authority about their hot water systems if they are used in a public or commercial capacity, for example in hotels, kindergartens or care institutions.

For the first time, appendix 2.I of section 6 of TrinkwV 2011 stipulates a threshold value for uranium. This is 0.01 mg/l, without a transitional period. The limit value is based on the chemical toxicity and not radiotoxicity, as at these quantities, radioactivity is insignificant as far as health protection is concerned.
The following alteration to the TrinkwV has also been made:

If the indicator parameter’s (Appendix 3) limit value is exceeded, in certain circumstances the health authority can decide whether and for how long the water supply can continue in operation without remedial measures (section 9, paragraph 9). For this reason, for some parameters, the exception for geogenic concentrations, which was previously found in Appendix 3 TrinkwV, has now been omitted. To simplify the test, when carrying out routine tests, the odour threshold test can alternatively be replaced by a qualitative inspection of the odour. Furthermore, it is stated that, in the event that a microbial contamination is suspected, a taste sample can be dispensed with.

As before, the basis of regulations on preparation and disinfection of drinking water remains the list of substances in accordance with section 11, which is prepared and published by the environmental agency. A new aspect is that the ordinance now refers to publication of the list online and the definition of drinking water is expanded by the terms ‘obtaining’ and ‘distribution’.

The test obligations continue to be set out in section 14. With regard to the number of samples, seasonally operated systems should be put on an equal footing with continuously operated systems, in order to guarantee regular sampling of the systems whose hygiene is more at risk. Furthermore, it is now a legal requirement that drinking water installations containing showers or other equipment that leads to the drinking water becoming misty must be subjected to compulsory tests for legionella. Appropriate sampling plans, which can record a systemic contamination, are required for these tests. The contracted inspection centre must be listed in a current publicly available state list, in accordance with section 15, paragraph 4, and must meet the criteria set out there. This approval then applies across Germany.