Establishment of maximum levels of ergot alkaloids in food and feed. Further reductions planned in the coming years 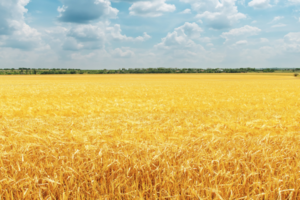 Monitoring food and feed for compliance with the new limits is already a major challenge for manufacturers. One example is the maximum limit of 400 µg/kg ergot alkaloids in wheat gluten, as the ergot alkaloids accumulate in the gluten during the production process.

A further reduction of the levels in milled cereals such as rye, barley, wheat, spelt and oats (with ash content < 900 mg/kg) are already planned. This is expected to take effect from 2024.

In addition to the food industry, the feed trade, already since 2018, is also required to monitor cereal products and by-products for ergot as part of the feed monitoring plan.

In collaboration with the Federal Institute for Materials Research and Testing, we are developing a new sum parameter screening method that will enable us to determine the sum of ergot alkaloids in food and feed as a rapid method in the future. This new methodology is more sensitive and robust than the current procedure.

Ergot alkaloids are formed by a Claviceps fungus in ergot. Ergot alkaloids are secondary metabolites. More than 50 naturally occurring as well as other synthetic or semi-synthetic compounds belong to the ergot alkaloid group. The best known host of these fungi is rye, but wheat, triticale or other grasses may also be affected.

In the processing of cereals, the altered grain is usually already sorted out by sifting in a first control step. To ensure food safety, the toxin content of the milled flour must also be measured. Since optical detection of ergot alkaloids in the grain processed into flour is difficult, a measuring method is required.